Guest author for the TKE and agricultural trade expert Chris Horseman writes about bananas and Brexit. Using bananas as a worked example, this article contemplates some of the challenges and options for the UK’s external trade regime after Brexit.

Since the Brexit referendum, some products seem to have become emblematic of the complex issues which the UK faces in realigning its trade policy for a future outside the EU Customs Union and Single Market.

Cars are one example. Britain manufactures around 1.7 million of them every year, predominantly for export, with components sourced from countries right across Europe and the world. People who 18 months ago thought that ‘Rules of Origin’ probably had something to do with the number of foreign-born players you could have in your Premier League football team are now routinely citing that particular piece of trade policy arcana as a key issue in securing a viable future for the UK’s manufacturing industry. (Even providing a definition of ‘diagonal cumulation’ is no longer the solid banker for the pub quiz bonus question that it used to be.)

Milk is another one. The fact that Northern Ireland transports around a third of its fresh milk output across the border for processing in the Republic of Ireland – and that the future viability of many Northern Irish dairy farmers therefore depends on the maintenance of a more-or-less frictionless border – is now a known fact among more non-specialists than would have seemed feasible in pre-Brexit days.

But there is another product whose fate is more closely connected with the outcome of the Brexit trade negotiations than many might have hitherto supposed – the humble banana.

Despite our alleged (and entirely mythical) differences with the EU about the curvature of these products, British consumers are among the most enthusiastic consumers of bananas in Europe, accounting for 20% of all EU banana sales in 2016. Between 2013 and 2015 the UK imported an average of around 1.15 million tonnes of bananas a year, more than any member state other than Germany and Belgium (Antwerp being an important distribution centre for imported bananas throughout continental Europe).

And the thing about our bananas is that they are all imported. Neither biotechnology not global warming have yet reached the stage where banana plantations are a viable production choice for farmers in (say) Hertfordshire, so not even the most gung-ho of ‘No-Deal’ Brexiteers can dream of a future where a resurgent UK industry displaces foreign product.

In this respect, bananas differ from that other iconic legacy of Britain’s imperial food supply network, cane sugar. Like bananas, sugar has been imported into the UK from Africa and the Caribbean for centuries, and for the last few decades it has competed on a less-than-entirely-level playing field with European-grown, and Common Agricultural Policy-supported, beet sugar. Reconciling the UK’s post-Brexit policies on cane and beet sugar, both of which have strongly-rooted and politically-powerful domestic lobbies, will be a major headache for the UK government over the next few years – but it is not the main focus of this article.

A long history of trade disputes

Bananas, meanwhile, have been the subject of their own trade dramas over the past 25 years or so, ever since the completion of the EU’s Single Market in 1992 necessitated the introduction of a unified EU import regime to replace the patchwork of different policies which member states had operated hitherto.

The internal divisions within Europe were mirrored by the competing interests of different types of exporter. In one corner were the so-called ‘dollar zone’ exporters (such as Ecuador and Costa Rica), traditional suppliers to European countries such as Germany and the Netherlands, whose interest lay in seeking free market access at low prices. Pitted against them were the UK and France, who sought market preference for their own post-colonial suppliers, such as Belize and Cote d’Ivoire. The fact that France had (and still has) its own small-scale ‘domestic’ suppliers in Caribbean overseas territories Martinique and Guadeloupe further complicated the political economy of Europe’s ‘banana wars’. 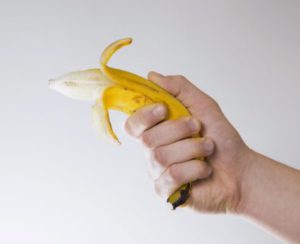 Developments since the 1990s have been long and drawn-out, passing by way of three separate WTO dispute cases (all lost by the EU), and leading to an agreement with the ‘dollar zone’ suppliers which finally took effect in 2012. There have also been parallel trade negotiations with the countries of Central America and the Andean region on the one hand, and the developing country suppliers on the other, in the shape of a network of European Partnership Agreements (EPAs). Nor should we forget the 2001 Everything But Arms deal, which offered free market access for the world’s least-developed countries.

The net result of all these machinations is a complicated, multi-layered network of access to the EU market, with a Most Favoured Nation (MFN) tariff of €117 per tonne (in 2018) as the default option (or ‘WTO terms’, to use currently-favoured Brexit terminology). This falls to €114/t in 2019, the final step in a phased multi-year reduction of the tariff; it had been as high as €176/t back in 2009.

Most of the major ‘dollar zone’ suppliers benefit from lower tariffs under the terms of the EU’s trade agreements with Central America (which covers Costa Rica, Panama, Honduras, Guatemala, Nicaragua and El Salvador), and with the Andean Pact countries (Ecuador, Colombia and Peru). These tariffs are also falling year-by-year, with simultaneously increasing quotas; the former are due to reach €75/t by 2020.

Meanwhile, European Partnership Agreements are in force for the majority of developing countries (all of those with any significant export trade in bananas are covered). Under this deal, bananas may enter the EU duty- and quota-free – and the same concession also applies to all Least Developed Countries.

Repatriating the EU’s import regime into the UK

Now, with Brexit approaching, the UK must decide how to translate this policy into its own domestic law. Assuming that the ‘standstill’ provisions in the UK’s post-Brexit implementation period are successfully applied to international trade, UK officials have until the end of 2020 to make this work.

The timing is especially significant in the case of bananas, because the volume restrictions which apply to the main dollar-zone banana exporters expire from January 2020 onwards, with only the €75/t tariff continuing to apply. That should therefore mean that the arguments about how to split tariff rate quotas between the UK and the EU-27, which are proving to be so vexing for other sensitive agricultural products like lamb and butter, should not have to apply for bananas.

However, even with a tariff-only import policy to inherit, the UK will still face significant trade policy headaches for bananas, as it will for so many other products. The default approach will be for the UK to mirror the existing EU MFN tariff for bananas and adopt it as its own, a pragmatic step which has already been clearly outlined as a key principle of the upcoming Great Repeal Act. But this will be of limited help to fruit importers, given that only a small fraction of the bananas which the UK currently imports are actually brought in under MFN tariffs.

It can be assumed that zero tariffs will be maintained for developing countries supplying the UK, especially as some important UK suppliers are Commonwealth countries (notably Belize, Cameroon and Ghana). Could the UK tweak its post-Brexit import policy to favour Commonwealth states over non-Commonwealth suppliers such as Dominican Republic and Cote d’Ivoire – as some UK traditionalists might like? Theoretically the answer is yes, although this would involve the UK in complex and politically embarrassing negotiations at WTO level to compensate the affected countries. And pitting one developing country against another would generate such negative headlines that such an idea is very unlikely to be seriously countenanced.

In the middle, so to speak, are the Central American suppliers who between them provide well over half of the UK’s bananas – principally Colombia, Costa Rica and Ecuador. In all likelihood the UK will continue initially to apply the same €75/t tariff as the EU does, in the initial post-Brexit period at least.

But how long will it be before the powerful multinationals who drive much of the international trade in bananas start lobbying the UK government to bring down these tariffs to a much lower level? Consumer groups, supermarkets and free-trade purists could all be expected to support such arguments. Now that marginal producers in the French DOMs are no longer our concern, they might ask, why should UK consumers be denied ongoing access to bananas at world market prices? Is it really sustainable to pursue protectionist policies for the benefit of globally uncompetitive producers in Africa and the Caribbean as we enter the third decade of the twenty-first century?

However, if the UK were to apply a different tariff regime to that in force in the EU, it would immediately sound alarm bells in Brussels. The obvious concern would be that with dollar zone bananas retailing in the UK for rather less than in the EU, there would then be every incentive for traders to import Ecuadorian or Costa Rican bananas direct into the UK – and then perhaps test the integrity and effectiveness of whatever ‘frictionless’ trade solution is eventually put in place for trade between the UK and EU-27.

This is the point, one suspects, at which those in Westminster and Whitehall will fully appreciate the fact that ‘taking back control’ also entails taking the kind of corporate and civil society ‘flak’ that hitherto has been aimed exclusively at Brussels. None of these questions have easy answers, and all courses of action are fraught with political risk.

It is another potent reminder of the potential banana-skins which litter the path of the UK government as the Brexit process moves inexorably onwards.

2 thoughts on “Bananas and Brexit: The Trade Policy Dilemmas That Lie Ahead”