Welcome to the Trade Knowledge Exchange – TKE for short. The TKE is a new initiative that aims to provide useful analysis and commentary on international trade policy. In this article I will briefly introduce some of the main issues the TKE will cover and provide an overview of the contours of the policy landscape arising out of “Brexit”. It is our hope that this knowledge hub will act as forum for discussion and debate as well as offer tools that will assist policy makers and businesses in navigating the complexities of this new policy landscape.

The launch of the Trade Knowledge Exchange coincides with beginning of the second phase of negotiations between the UK and the EU. This will have as its centre-piece the future arrangements between the two. But Brexit is about much more than the negotiations between the UK and the EU, unique as these are. The UK will need to configure its own trade policy vis a vis the wider world. It will do so in the first instance through the World Trade Organisation, of which it is already a member, but where it will soon participate in its own capacity.

The UK has also announced its intention to negotiate free trade agreements with non-EU partners. This is an ambitious objective, and the extent and way in which it is pursued will depend on the UK’s priorities in relation to the EU. And finally, the UK will need to consider its approach to the trade preferences it offers to developing and least-developed countries.

The wider context for the UK and EU negotiations

While there have been many regional trade agreements- over 650 since 1948 – the negotiations between the UK and the EU will be unique in many ways. 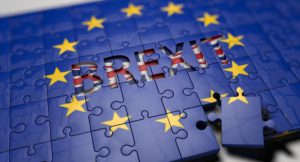 Firstly, the two parties are beginning from a position of deep integration, achieved through decades of reform, and as a result of which both have gained. Indeed from a UK perspective, growth in GDP as a result of membership greatly outstripped the expectations economists had prior to accession.  In most normal free trade negotiations, by contrast, parties start from a “no deal” scenario and try to liberalise on a reciprocal basis.

Secondly, the UK-EU negotiations will take place at a time of considerable uncertainty in international trade. Protectionist sentiment, on the rise since the Global Financial Crisis of 2007-8, has been given a further boost by the current American administration.  Prospects for multilateral trade negotiations at the WTO remain bleak, a fact underscored by the 11th Ministerial Conference in Buenos Aires held in December 2017 (the launch of plurilateral negotiations on e-commerce notwithstanding).

Against this backdrop, it makes sense that the UK government has prioritised negotiating a deep and comprehensive free trade agreement with the EU, and keeping trade as frictionless as possible. As we explain elsewhere, the costs of moving from current single-market levels of integration to something less – either a generic free trade agreement or, a fortiori, to no agreement – will be difficult to counterbalance with trade deals with the rest of the  world.

But that ambition also imposes constraints on the UK’s approach to non-EU partners. Striking free trade agreements with third countries is likely to require the UK and the EU to introduce new rules of origin (more on RoO here) to prevent the leakage of goods from third parties, and that are not entitled to duty-free treatment, into their respective territories. Differences in regulatory regimes for goods and services may make it difficult for the UK to align itself to non-EU trade partners without diverging from the EU. 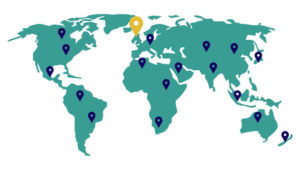 At various points, including in speeches given in Geneva in 2017, the Secretary for International Trade has positioned the UK as a new champion for global free trade. Engaging with the work of the WTO is a necessary starting point. With multilateral negotiations at an impasse, the UK will need to decide where its energies are best deployed. The plurilateral negotiations on e-commerce could be useful starting point, given the UK’s interest in securing rules in digital trade. The negotiations could be modeled on the Information Technology Agreement, in which the UK played an active role, and the second iteration of which has been one of the rare recent success stories at the WTO.

There is of course much more to the WTO than negotiations. For a start, even prior to leaving the EU, there are a number of issues for the UK to  consider. In agriculture, the UK will need to define its own subsidy commitments and its own market access commitments on certain products, such as beef and lamb, that are subject to tariff rate quotas. It could also take this opportunity to think afresh on agricultural policy, by reforming the instruments it has inherited from the EU. On services, the UK could undertake further liberalisation by entering into mutual recognition agreements in areas such as professional and technical services.

In addition, the UK will need to engage with the WTO’s dispute settlement process. To date, it has little experience in handling disputes, whether as a complainant, defendant or as a third party. With signs of increased belligerence on the part of major trade partners – the EU, Japan and the US recently announced a join initiative to combat what they see as serious and systematic market distortions, signalling out China  – the ability to define and defend a position in disputes will be more important than ever. 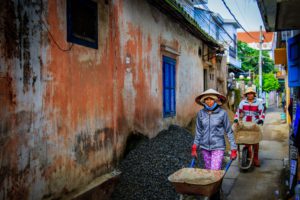 The choices made by the UK and the EU will have an effect on many other countries, especially developing ones. These countries may not feature as highly on the UK or the EU’s policy radar as they would like given developing countries account for a relatively small share of exports for both. The UK and the EU are, however, likely to weigh heavily on the trade and development prospects of these countries. This is an example of what economists refer to as policy externalities; the fact that decisions taken by parties affect third parties who do not have a direct say or control over the decisions.

Consider for example the issue of market access. One important question concerns the trade preferences regime the UK will apply after it leaves the EU’s preference scheme.

According to the Overseas Development Institute, around €1.3 billion in goods is exported to the UK under the EU preference scheme.

The extent and structure of a future UK preferences regime will be closely tied to how far the UK wishes to pursue liberalisation unilaterally on a MFN basis, or reciprocally on bilateral or regional basis.

The usefulness of preferences as an instrument for development is debated. At any rate, the the development agenda for trade goes well beyond this. The UK has a long track record in Aid for Trade, which is aimed at alleviating the constraints that poorer countries face in taking advantage of the market access opportunities they have. It now has the opportunity to combine its initiatives in this area with its own approach to trade policy. Finding a way for parties affected by policy externalities to have a voice in these discussions will be an important matter.

Bringing it all together

This brief overview of the contours of the policy landscape arising out of Brexit cannot do justice to the depth of each of the sets of issues covered. That is what the rest of this site aims to do by acting as a guide through this new policy landscape. We aim to provide a framework for debate, and the tools that will help to think through policy and commercial challenges. There is no “party line”, and you are likely to find diverging views on any particular topic. We hope you will find reading profitable, and we invite you to share your views.

1 thought on “Welcome to the Trade Knowledge Exchange”